There's much to see here. So, take your time, look around, and learn all there is to know about the Black Rose Series. I hope you'll enjoy my site and take a moment to drop me a line.

Romantic Suspense At Its Best!

"When you add in the sensuous sizzle, you have the full Adair package.”

T-FLAC operative Rafael Navarro will never allow another woman to suffer the consequences of his dangerous life. But in a world where a terrorist can do more damage with a keyboard than a bomb, he needs the expert help of a cyber-geek. And fast.

Fellow operative, and cybercrimes specialist Honey Winston prefers computers to people. But when a serial bomber threatens the world’s financial infrastructure, she’s forced to work closely with Navarro, whose notorious skill in the bedroom is as legendary as his dexterity defusing bombs.

Honey and Rafael must fight sparks hot enough to melt their resolve, and push beyond fear itself, as they join forces in a bid to race the clock before a sinister and lethal bomber proves just how much they both have to lose.

T-FLAC is back, and the timer is counting down in the most pulse-pounding explosive op yet—

“A relentless page-turner with plenty of enticing plot twists and turns.” 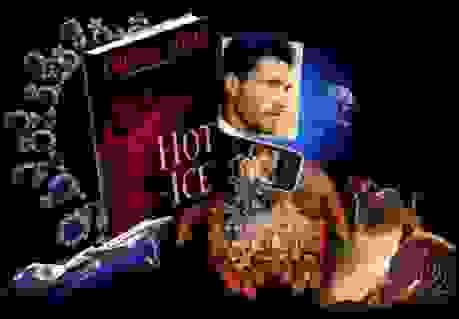 New York Times Award-winning author Cherry Adair is turning up the temperature, amping up the action, and raising the degree of danger and desire to irresistibly hot new heights.

“A breathtaking ride . . . I couldn’t turn the pages fast enough! No one does hot romance, ice-cold villains and nonstop adventure better.”

Diamonds–jewels of every kind, in fact – are Taylor Kincaid’s best friends. The only thing she enjoys more is the challenge of stealing them, at which she excels like few others in the world. And specializing in plundering precious stones from wealthy international criminals just makes it all the more satisfying . . . and dangerously exciting. So for Taylor, there’s no resisting the double allure of snatching the elusive Blue Star diamonds – a prize she has pursued across three continents – from the South American stronghold of the murderous Morales terrorist organization.

The heist goes down without a hitch. Until Taylor discovers she has made off with more than she bargained for, namely the secret security-system codes that provide access to a South African diamond mine–packed with enough gems to sink a battleship. Suddenly, Taylor’s no longer just an ultrachic freelance jewel thief, but a reluctant player in a high-stakes cat-and-mouse game against elite global trouble-shooters and bloodthirsty terrorists.

There’s nothing reluctant, however, about Huntington St. John, the top T-FLAC operative who’s hot on Taylor’s trail. And in Taylor’s opinion, just plain hot. The feeling, emotional and otherwise, is very mutual. Though they’re on opposite sides of the law, Hunt and Taylor swiftly come to appreciate each other’s well-honed skills. But since ecstasy is fleeting, and diamonds are forever, Taylor soon slips from the sheets and hits the streets . . . to reclaim the jewels she stashed overseas. And true to his name, Hunt is close behind–but this time, he’s after more than the codes. With the clock ticking, and two groups of terrorists closing fast, they’ll have to mix pleasure with some very risky business. If they can survive danger at every turn, outwit the ultimate high-tech security system, and somehow conquer each other . . . they just might get everything they desire.

…fast-paced and intricately plotted tale of danger, deception, and desire that is perfect for readers who like their romantic suspense adrenaline-rich and sizzlingly sexy…

Check out this great video 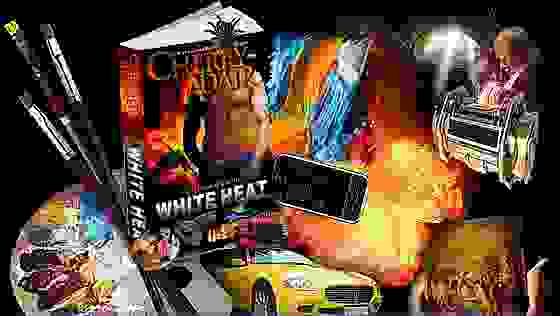 “A Steamy fusion of romance and heart-stopping suspense.”The last person on earth that art restorer Emily Greene wants to see is the devil-may-care Max Aries. She hasn’t forgotten (or forgiven) the way Max dropped into her life a year ago, stole her heart, then vanished without a word. But the prodigal playboy returns with shocking news: His father’s recent death was no suicide, but in fact murder . . . and Emily’s life is also in danger. Intel from Max’s control at the counterterrorist organization T-FLAC reveals that the Black Rose terror cell is involved: a chilling revelation that elevates the threat level almost as high as the sexual tension bristling between Max and Emily. Max isn’t about to take his eyes off her─though only partly for professional reasons─and Emily finds it increasingly difficult to deny her feelings for him. Crisscrossing Europe and piecing together tantalizing clues to a sinister plot, Max and Emily must put their lives on the line . . . and still be ready when the heat between them flares white hot.“Humor, sizzling sex and pulse-pounding danger add up to high-octane reading.” 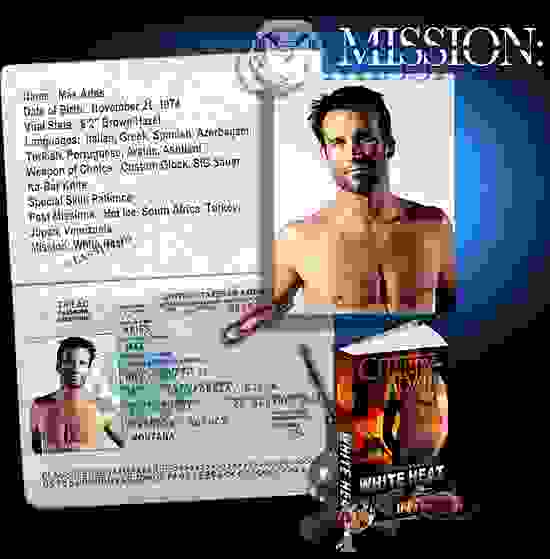 Hair: Too long, falls into his eyes.

Dress:  In all black most of the time.

Voice:  Even. Deadly. Low pitched. Well-modulated. nothing fazes me tone of voice.

Employment: T-FLAC/psi operative. Recruited by T-FLAC in his 1st year of college. Head of new Italian/Italy branch of T-FLAC. Claims to work for a magazine as a photo journalist as a front.

Skills: Nimble. Light on his feet. Acute sense of smell . Speaks perfect Italian. Night vision is excellent. Moves as stealthy as a ghost. Natural aptitude for language. Can follow someone like a blood hound. Damn good at lying to others but rarely lies to himself.

Personality & Attitude: Driven. A fighter. Focused. Dangerous. Amusing. A pragmatist. Chivalrous. Stubborn. Patient. Adrenaline junkie. Usually dormant ego. Logical & rational. Debonair. A strong solid presence. A womanizer & a liar.. Has a strength about him. Ominous rough side to him. Doesn't do "involvement". A socially responsible player. Not a touchy feely kind of guy. Doesn't believe in coincidence. Can look rough. tough and disreputable. A player with the moral fiber of a fruit fly (according to Emily).

Quirks & Habits: Keeps secrets close to his chest . Takes several cubes of sugar in his coffee. Survives and thrives on coffee and adrenaline.

Childhood: Never close to his father. Considered dad a sperm donor. Had not been interested in a relationship with his father after Daniel left.

Background: Mother loved father (Daniel Aries) to the bitter end. always welcomed him back with open arms even when he'd cheat. she'd forgive. A legend at T-FLAC. Famous for 3 hour in and out of T-FLAC HQ to get back to work asap. Travels a lot. Use to live in San Francisco. Never experienced love before Emily Greene. Once had a snake latch onto his ass and it wouldn't let go. 20 year friendship with Huntington St. John.